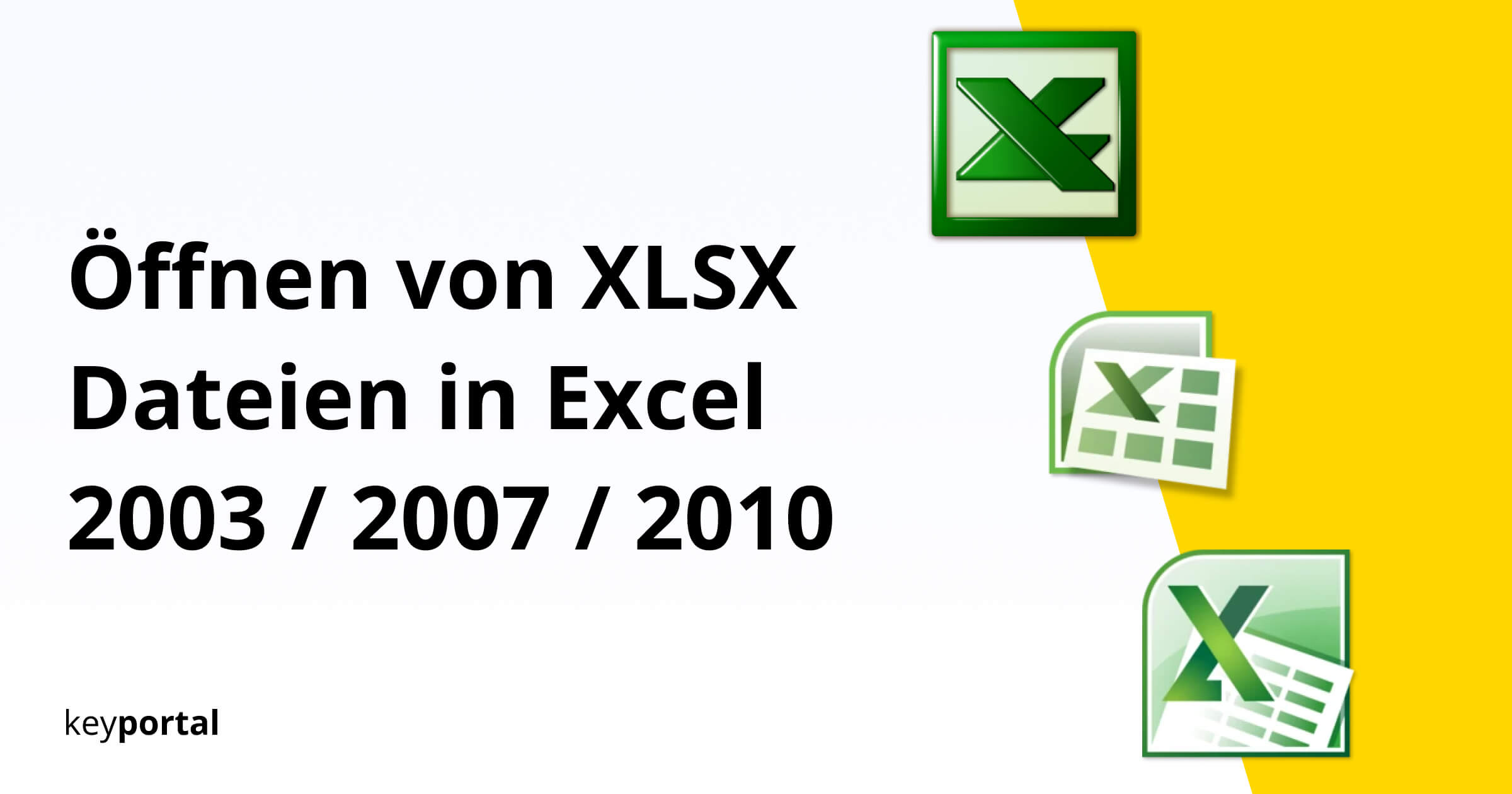 A worksheet in table format, which contains various information or formulas, can be displayed in Microsoft Office with a variety of extensions. XLSX files are generally opened in Excel, the well-known spreadsheet programme. Formats such as XLS or XML have been available to the user since Excel 2003. Over the course of time, these formats have been adapted to modern standards and currently result in XLSX as standard.

XLSX is a Microsoft Excel file format. The abbreviation with the suffix -X identifies the document as part of the Office Open XML standard, which, in addition to PPTX for presentations, also includes DOCX for text creation is also part of this standard. The scope of these formats should make their worldwide use even easier.

The content that is displayed after opening XLSX files in Excel includes the word and number values of the individual cells, to which you can add extended functions on a visual or arithmetic level. Only extensive macros should be saved as XLSM files.

When was XLSX introduced?

The possibility of saving an Excel spreadsheet as an XLSX file has existed since the publication of Office 2007 – at that time still under Windows Vista, the now obsolete Operating system from Microsoft. Excel 2003 was therefore the last official version of the software that still relied on the XLS format.

If you want to convert XLSX to XLS or just try to open XLSX files in Excel, the solution depends primarily on the Office version you have access to.

If you are the proud owner of a Windows PC on which Excel 2007, Excel 2010, Excel 2013, Excel 2016 or Excel 2019 is installed, you need do nothing more than open the XLSX document with one of these programmes. Each of the listed versions already automatically uses the XLSX format. The same applies to the iOS editions of Microsoft Office.

As already mentioned, the problem here is that Excel 2003 always wants to convert XLSX to XLS . In general, Excel 2003 (and in some cases even an older version) can display the contents of specific Office Open XML formats , but in this case even basic commands for editing are missing. To facilitate this changeover when Excel 2007 was introduced, Microsoft therefore offered a so-called Office Compatibility Pack, which allows XLSX files to be opened in Excel 2003.

Attention: Even though you can still find this data pack for download on trustworthy sites, you should approach this step with caution, because support for the application was already completely discontinued at the beginning of 2018. For this reason, various security gaps may occur during use, which will not be fixed by further updates in the event of a problem.

If you work frequently with XLSX files or use this format for private projects, you should update your Office solution. Even Office 206 Standard is sufficient for this. Or you can secure all functions as well as the latest updates with a Office 2019 licence – a one-time purchase is sufficient. You should never again have problems opening XLSX files in Excel.

You can find the blog post about DOCX files here, so that you can also open them simply and easily.