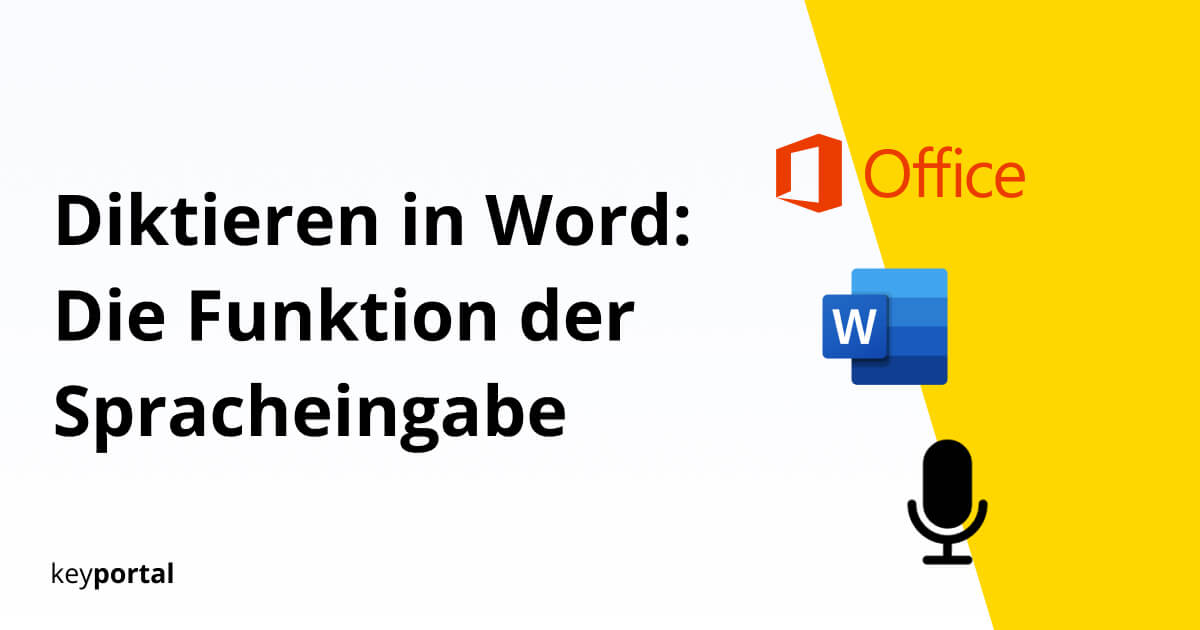 Typing a text on the computer can quickly become tedious, depending on the length of the document. In addition, the fingers often do not keep up with one’s own thoughts, causing ideas to be lost. To counteract this problem, Word’s dictation function was created.

In earlier versions of Word, the scope of the software did not yet include dictation. Therefore, a small team worked on the development of an add-in called Dictate, an extension for Word that enabled voice input after installation. In the end, dictation in Word supported almost 30 languages from all over the world and became so popular that Microsoft immediately integrated the interface into Office 365 when it was released.

In the latest version of Word, you neither need external programmes nor do you have to download additional content – the dictation function is already waiting for you after the first setup.

The right microphone makes the difference

To be able to dictate texts in Word, you need a device that can receive your audio signals. An inexpensive USB microphone, such as the one found in a standard webcam, is sufficient in most cases. For everyday use, however, a solid desktop microphone or professional headset is recommended. Investing in a high-quality brand can improve the final result of your dictation in Word enormously.

It may also be worthwhile to adjust the calibration of the microphone. Windows 10 offers several settings for this, which you can access under Time and Language: Speech Recognition. Simply follow the steps provided to set them up. All changes also affect the universal dictation function of your operating system, which can be called up via the Windows logo key + H shortcut.

A dictated text is given more structure when certain code words are used that are indispensable for normal sentence structure. In German, this list for Word 2019 includes:

Some commands also work in the original English name, such as New Line as an alternative to the line break.

In the end, it is up to you which variant you choose. You only have to make sure that the language German (Deutschland) is selected in the Dictation menu.